How to Refurbish Your Staircase on a Budget

How to Install a Pigs Ear Wall Mounted Handrail 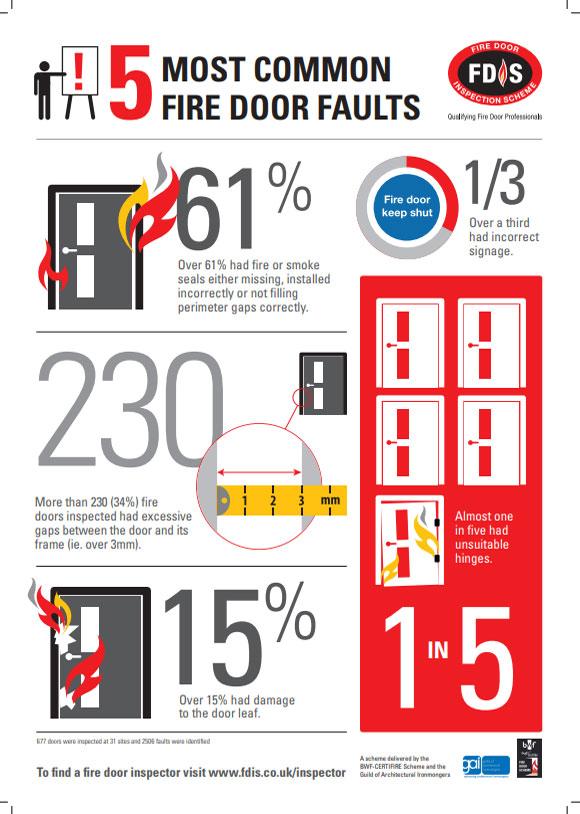 A new infographic produced by the Fire Door Inspection Scheme (FDIS), BWF-CERTIFIRE Scheme and the Guild of Architectural Ironmongers warn landlords, building owners and tenants of the top 5 most common fire door faults that are potentially life-threatening if left alone. This experiment was carried out on 677 doors in total which was inspected at 31 different sites. A worrying 2506 faults were identified.

Kevin Hulin, FDIS scheme manager, said: "We hope this infographic highlights the atrocious condition of some of the country’s fire doors. When a fire door isn’t properly installed and maintained, it puts the occupants of the building at significant risk of death or injury in the event of a fire."

He added: "We wanted to name and shame defective fire doors and the common faults that plague them."

"When a fire door isn’t properly installed and maintained, it puts the occupants of the building at significant risk of death or injury in the event of a fire."

The infographic shows fire door defects including incorrect signage, excessive gaps around the fire door and unsuitable hinges, among others.

Clive Reilly, an independent FDIS certificated fire door inspector, said: "It’s not uncommon to find newly installed fire doors with hardware which has fixings missing or with unsuitable frames. Usually, the building manager will think these doors have been installed correctly and will perform as required in the event of a fire."

"It’s only when, or even if, the doors are inspected by someone who knows what to look for that these problems are found, by which time they will have to pay for remediation or replacement."

For more specific information or help regarding our internal fire door products, please don’t hesitate to get in touch with a member of our expert sales team on 01691 671020 for further assistance.

Requesting a brochure has never been so easy!
Click below to find out more.